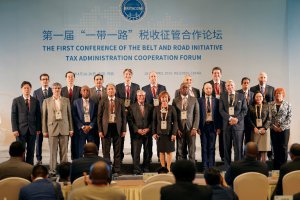 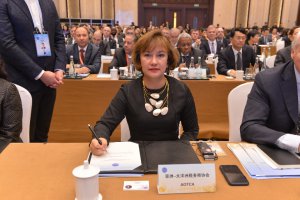 AOTCA, as represented by its President, Atty. Euney Marie J. Mata-Perez, attended as an observer of the first Conference of the Belt and Road Initiative Tax Administration Cooperation Forum (BRITACOF) hosted by the State Taxation Administration of the People’s Republic of China on 18-20, April, 2019 in Wuzhen, Zhejiang Province, China.  The forum was well-attended by 350 delegates from representatives of tax administrations or finance departments from 85 jurisdictions, 16 international organizations, and a number of academic institutions and businesses.

The forum also witnessed the birth of the Belt and Road Initiative Tax Administration Cooperation Mechanism (BRITACOM), a non-profit official mechanism participated by countries and regions, international organizations and other stakeholders supportive of the BRI, primarily aimed at strengthening tax administration cooperation and capacity building and operated on the basis of respecting sovereignty and laws of all participating countries and regions. AOTCA signed the Memorandum of Understanding as an “observer” of the BRITACOM.

For more information, please refer to the Memorandum of Understanding on BRITACOM, and  “Wuzhen Statement” .